I realised that this post would be my 100th so why not celebrate with a top 5 list? I think the title of this post is pretty much self explanatory. Top fictional Mothers on TV IMO. Are you ready? Let’s go!

Disclaimer: The characters I have chosen are picked based on my own opinions and from what I have watched in my life so far. Any similarities (and yes, there are some) were not intentional but later realised during the writing process.

I wasn’t sure whether I was going to do this in order from the best to the extremely wonderful ‘BEST MOM EVER’ or vise versa so, I am going to do this in the order of the ones that pop into my head first if someone were to ask me, ‘Hey, Liz! Who are your favourite fictional moms on TV?’ Well, Lorelei Gilmore’s face would come from the inner depths of my mind and BAM like a flash to the front. She would be my first pick each and every time. Simple.

Lorelei Gilmore (Lauren Graham), a rebel by heart, dropped out of high school and ran a way from a wealthy ‘society demanding’ home with her baby daughter, Lorelei ‘RORY’ Gilmore (Alexis Bledel). She found herself in Stars Hollow – a small beautiful, ‘I WISH I LIVE THERE,’ quirky town full of life and even quirkier characters. She was taken in by Mia who gave Lorelei a job as a maid in The Independence Inn. Slowly, Lorelei worked her way up, and gained qualifications so that eventually she could own her own Inn.

A smart cookie, and a wit to match her beautiful personality. She wants the VERY best for her daughter and with the help from her parents, (which she used as a last resort) she got Rory into Chilton, a private High School which would give her the very best education to aid her in her dream of going to an Ivy league College. Lorelei stated that she would keep men out of the family home and concentrate on her daughter growing up, teaching her what’s important, like old movies, music, you know that sort of stuff. She supports the majority of Rory’s decisions but the pair are two stubborn peas in a pod and throughout the 7 series, Lorelei and Rory have their disagreements.

I can relate to this character in many ways and has been a role model to me, a mother I aspire to be.

2. PENELOPE ALVAREZ (One Day At A Time) Firstly, if you haven’t watched the re-make of One Day At A Time on Netflix, you need to! You know what? Do it now and then come back! DO IT!

This woman is remarkable! A Columbian but American born, Penelope is an ex US army nurse corps and now works as a nurse in a Doctor’s Office. A divorcee, this woman puts her children Elena and Alex before anyone and anything else. The show depicts the every day life of a Cuban-American family and touches on subjects such as PTSD, gun laws, and sexuality. A funny, bubbly character, this lady can make you laugh and then cry all in the same episode. When her daughter came out as a lesbian, she supported her like any mother should and she held her daughter tightly as they danced at Elena’s quinceañera. I have never cried so much at a finale since Buffy sacrificed herself for Dawn. 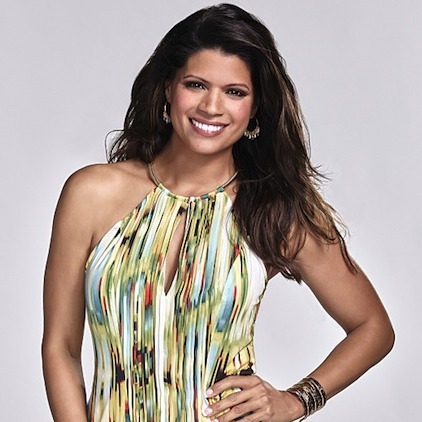 When Luke and I were discussing this list, I was quick to mention Jane the Virgin – an American satirical romantic-comedy telenovela loosely adapted of the Venezuelan telenovela Juana la Virgen. In our discussion, I suddenly thought hang on, which one is more worthy on my list? (Yes, they have to be deemed worthy.) Jane and Alba are wonderful despite their flaws but Xo (pronounced Zo) is the one I chose (for all of you who are wondering, Luke picked Alba.)

Okay, okay, Xo (Andrea Navedo) hasn’t made the greatest decisions in the world but what mother hasn’t made a mistake here and there? I always say, mistakes are okay as long as you learn from them and even if Xo did make a mistake, this didn’t change the love for her daughter and vise versa.

This woman is sassy, she is stylish, she is so superb that I believe if I had to pick a favourite character in the show, Xo would win again. I would go as far as saying this character is one of my favourite female television characters of all time! YES, OF ALL TIME! (Well done, Xo, really well done!)

Xo, a seventeen year old girl quickly become accustomed to the power of family especially when her father died. Xo chose to BE that Mom and worked and brought her child up with the help of only her mother of course. She worked as a singer and taught dance classes to children and it is later she realises that she can be whatever she wants to whether it is grabbing her self a record deal or opening her very own dance studio. What Xo teaches me especially is that even if you had a kid young, you can still be a Mom and work on yourself. Throughout the series, Xo is there for a hug, or she is there in the corner fighting for Jane. Family comes first and despite the arguing, she cares. Xo wins this argument for me. Hands down! Go Xo!

Well firstly how cool would it be to have a ‘witch’ mom? Cassie (Catherine Bell) owns an Inn called The Grey House, and a shop called the Bell, Book and Candle. A widow, she lives with her beautiful and intelligent daughter, Grace (Bailee Madison) and her father in-law. I have never watched a TV show where the main character is always so cheerful and calm but always seems to know what is going to happen e.g. she knows who has walked into the room without seeing who it is. She is a lady who many characters come to for help and advice, this includes the Mayer, her cousin, Abigail, and sometimes the Doctor next-door (later to become her fiancé.) She always finds a way to help anyone (especially her daughter) with extremely subtle hints. Making them figure out what to do on their own with nothing more than an extremely gentle hug. Cassie puts a lot of faith and trust into her daughter and is very keen to support her in her life decisions.

It was here I began to notice something about my choices. I wonder if you have figured it out, too. I will reveal what I realised after I talk about my final choice.

Now, I know that Katey Sagal has appeared in many TV shows as a Mum. She even plays Kaley Cuoco’s Mom in The Big Bang. I wanted to go with the show I grew up with. The show that I would constantly watch repeats of as I cuddled a cushion on the sofa. It was my go-to show. I loved it. Katey Segal is a remarkable actress and in this role she played a nurse and a mother. She was THE stereotypical mom who cooked, cleaned, went to work, moaned at the father for having his feet on the coffee table. But, it was easy to lose how great she was in this role, when you were focused on the relationship between her children and their father. John Ritter’s death startled many, including the cast of 8 Simple Rules.

It was done so well. Cate went from being just a typical working mom to a widow. The episodes centred around her on-screen husband’s death are ones that would grab me by the eye ducts every time. Tears will be falling quicker than raindrops. She wasn’t just some character in the background. Now we were watching a woman go through what many women do, rebuilding a life after a spouse’s death. She was now a role model for women around the globe, showing them that it’s okay to grieve but you can still adapt and rebuild a life as best as you can.

As mentioned in the bold pink writing, I noticed something as I went through my list. They are all mothers who are bringing up their children without a male figure. That you can be single, a divorcee, a widow and you can still bring love and happiness to your children’s lives’. I also realised that they are all working moms. Showing you that Sisters really are doing it for themselves AND their children. It is strange that I would realise this considering I came from a somewhat unhappy marital home up until I was 14. I have always thought that I would need a man to aid me in my life, now I see that having a partner is a bonus. I have watched these characters blossom and proving to women and girls that you can be anything despite your circumstances and you can most certainly bring up a child on your own.

So, did you notice this while reading through my list? It is mad what you notice when you write one of these.

Tell me who would you pick as your top 5 TV Mom characters? Write it down and wonder to yourself why you chose them. I wonder if you will find similarities in the ones you chose too. Let me know in the comments 🙂